Is the HCG Diet Healthy? 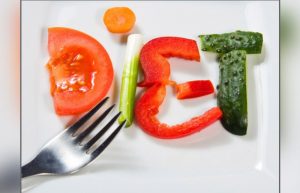 Before you decide whether you’re going to try the latest diet that’s supposed to help you shed pounds fast, you need to find out exactly what it it. The latest diet phenomena is the HCG diet. HCG is the acronym for human chorionic gonadotropin. That’s the hormone women make when they’re pregnant. The diet initially recommended a super low calorie menu of 500 calories a day, combined with injections of HCG. Initially, the diet followed the Simeons Protocol. It had some quirky rules, such as no use of body lotions, oils or hygiene products. It limited vegetable consumption to one per meal, did not allow exercise and had specific timing for HCG injections.

What did the HCG do?

While the low calorie diet did take off weight, some doctors claim its the HCG that actually helps you shed fat, so they raised the caloric intake to 1500 calories and increased the injections of HCG. According to these people, the diet does take off the weight, but the HCG changes how it comes off the body. It helps prevent loss of muscle tissue, reduces hunger pangs (think morning sickness) and boosts the hormone production in the body. According to those who are pro HCG, hormone deficiency can cause weight gain and HCG reverses it.

While some say HCG boosts metabolism and causes other changes to shed pounds, studies don’t agree.

There have been several studies that disagree with the benefit of HCG for weight loss. Blind studies compared two groups. One received placebo injections and the other received HCG. Both followed the severe calorie restricted diet. Both groups lost the identical amount of weight and both reported no reduction in hunger. It seems the diet, not the HCG was responsible for any pounds lost.

Even if it worked, there’s no lasting effects.

Just like any crash diet, you’ll lose weight. Much of the weight loss comes from water weight initially. Super low calorie diets throw your body into starvation mode, which means it slows the metabolism. When you go back to normal eating habits, not only does the weight return, people often gain even more weight. A better way to lose weight and keep it off is to make lifestyle changes and learn to eat healthier. Eating healthy means never having to diet again.